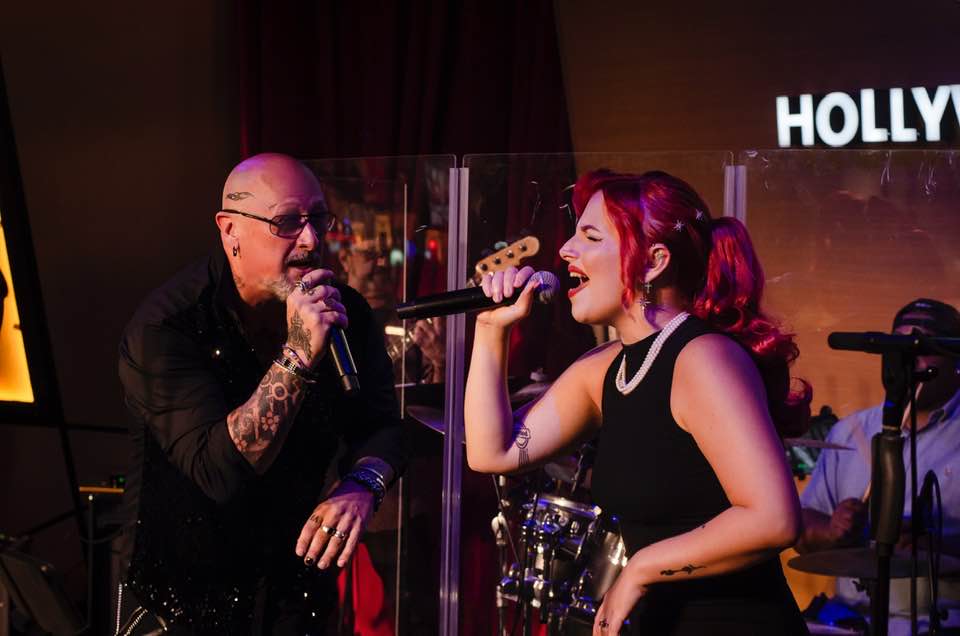 Born in Brazil, right on the heels of Carnival, DanCarlos was destined to a life of rhythmic musicality. He was adopted by an American couple, who brought him to the US, where he would discover his love for music at a very young age. By the time DanCarlos started school, he was singing everywhere he went, and playing piano by ear. It was clear to his parents, that their little boy had music in his blood. At age six, while watching a live performance with his dad, DanCarlos knew that he was going to be the one up on that stage, performing for the crowds…… just as soon as he could reach the microphone.

​ As a teenager, he was a promising young athlete in The National Soccer League, playing tournaments around the US, and being groomed to play in the Pro leagues. In between games, he studied piano privately, and attended Bal Canto Voice Studio, where he developed his vocal talent, under the tutelage of Opera vocal coach, John Merwin.

​ DanCarlos tells it like this, “One day I stepped into an elevator in Hawaii, and as the elevator doors drew to a close, so too did my life in sports. I suddenly had an acute awareness, that it was time to leave soccer behind, and devote my life to my music”.

At age twenty, he moved to Nashville, where he performed four shows a day, six days a week, at the world famous Opryland. He was honored to work with Charlie Daniels and many​ other national country music stars. Nashville certainly helped DanCarlos perfect his stage craft, in his heart, he longed to perform his own music. So he put together a band and for the next few years, “Body and Soul” would play all of the top music venues around Nashville.

​ Years after moving to Nashville, DanCarlos took a vacation to Florida, and decided to make it his new home. He bought a house by the beach, and spent the next year just writing, and getting to know the local talent, before he returned to performing full time. He has since, toured many cities in Florida, performing live with various musicians, and working freelance gigs as a studio singer, producer, arranger, and vocal director.