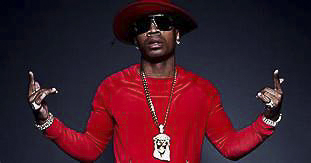 Plies is an American rapper who became popular after the release of his debut album, “The Real Testament.” he often portrayed himself as a criminal in order to build a persona that reaches his fans and has grown into a successful rapper whose works to connect with his fans. He is the co-founder of the independent record label ‘Big Gates Records,’ where he first started working backstage. Throughout his career, he has created five studio albums, music videos, one ep, and singles. He released two albums, “Definition of Real” and “Aa Realist ” and his single ‘Bust it Baby Pt 2’ reached number two on the ‘Hot Rap Tracks’ list . His album “Definition of Real ” debuted at number two, while “Da Realist ” debuted at number 14, on the ‘Billboard 200’ list. He has also released hits such as “Hypnotized”, “She got it made”, and “Dayum!” once he became more recognized, he began to make guest appearances with rappers and producers such as Ludacris and DJ Khaled.